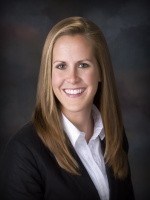 16U National Co-Head Coach (Summer Only)

Rachael Click began her career as head coach with the College of Saint Benedict softball team in 2013.

Under Click’s guidance, CSB has won 20 or more games in nine of her 10 seasons, and all nine of the full seasons she has coached. Prior to the COVID-shortened 2020 season, the team finished 27-15 overall and earned a second straight at-large bid to the NCAA Tournament in 2019 – just the fourth in program history.

Click has coached 36 All-MIAC athletes, 16 All-MIAC Honorable Mention selections, 21 All-Region athletes (eight first team, eight second team and five third-team selections), three All-Americans, two MIAC Players of the Year, three MIAC Rookies of the Year and one MIAC Pitcher of the Year. She is 245-129 overall in her 10 seasons and 126-68 in MIAC play.

Click came to CSB from Jacksonville University where she served as an assistant coach for the Dolphins for two seasons. Prior to coaching at JU, she was an assistant at Wisconsin-Eau Claire for the 2010 season.

A four-year star for the Gusties, Click was named MIAC Rookie of the Year in 2006 and received all-conference honors in all four seasons. A team captain during her senior season, she was named MIAC Player of the Year and earned All-America honors and a spot on the NCAA Championship All- Tournament team. In the 2009 season, Click led the Gusties to a MIAC title and an NCAA Regional Championship, finishing a game shy of the national championship.

College Education:
2010-2012 Masters in Education in Leadership and Learning with a concentration in Sports Management
2009-2010 Graduate level coaching internship at University of Wisconsin-Eau Claire
2005-2009 Bachelor of arts degree in Elementary Education from Gustavus Adolphus College